George Scott
Editor- environmental activist
More than half a million tons of carbon dioxide from polluting companies that purchased the society’s offset credits can now legally enter our atmosphere.

As world leaders gathered in Glasgow last week for the 26th UN climate conference (COP26), one issue had dominated the negotiation table: Article 6 of the Paris Agreement, which aims to set a global framework for carbon offset trading. The basic idea behind this is carbon emitters can “offset” their pollution by buying “credits” from projects that claim to reduce carbon emission by planting forests or investing in renewable energy elsewhere. That way, without actually cutting emissions, a polluting company could still proudly call itself “carbon neutral” by buying a number of offset credits supposedly equivalent to its carbon emission.

Yet, the climate summit’s focus on carbon offsetting has led to massive protests from environmental activists, including Greta Thunberg, who denounced it as nothing more than “greenwashing.”https://www.bloomberg.com/news/articles/2021-11-03/thunberg-attacks-offsets-as-greenwash-as-anger-builds-at-cop26 While I am no fan of sensational buzzwords in climate change discourse, I agree with Thunberg here.

The idea of carbon offsetting sounds good on paper—after all, a ton of carbon is a ton of carbon, regardless of where and what that came from. However, its disastrous track record here in the Golden State has set a worrying example of how this will play out as COP26 opened the door to carbon trading on a global scale.

Launched in 2013, California’s cap and trade program, the nation’s first economy-wide carbon market, allows polluters such as oil companies to buy offset credits from forest owners who pledge to reduce or delay timber harvesting in exchange. The $2 billion program has nonetheless created incentives for forest-growing companies to rack up millions in revenue by inflating “ghost credits” that do not reflect real climate benefits.

Even worse, forest owners who originally had no intention of deforestation can now hold the authorities hostage by threatening to chop down trees—unless they were granted carbon credits that can then be sold to polluters. This is precisely what happened in 2015, when the Massachusetts Audubon Society, whose stated mission is to manage and safeguard over 40,000 acres of crucial wildlife habitat in western Massachusetts, threatened to log nearly 10,000 of its preserved forests over the next few years. In exchange for not doing this, the society was issued more than 600,000 credits from the California Air Resources Board. This means more than half a million tons of carbon dioxide from polluting companies that purchased the society’s offset credits can now legally enter our atmosphere. 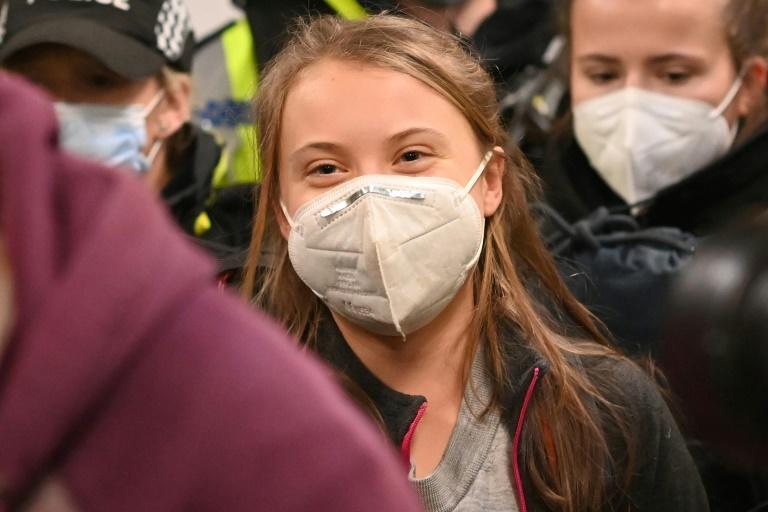 Imagine how this fiasco would play out now that COP26 has approved a global mechanism to trade carbon offsets. If California could allow carbon credits to be overestimated or even created out of thin air, how can we be sure that governments elsewhere in the world, many of whom are authoritarian states plagued by corruption, would not repeat this same error? The inflation of offset credits might come not just from the forest-growing companies but also from the monitoring authorities themselves. And every time a falsely accounted credit is used, net emissions climb up, undermining the whole idea behind carbon offsetting.

Even if the issue around offset credit measurement is magically resolved somehow, another serious dilemma plagues the scheme. Because most of the lands available for carbon sequestration schemes are situated in the Global South—and the cost of doing so is much cheaper there—carbon capture companies will flock to developing countries to purchase land and grow trees. This put the local community that inhabited the land and depended on it for their livelihood in direct competition with powerful private interests from the developed world. This had happened in 2014, when endeavors to buy and conserve forest land by Green Resources, a Norwegian-based company whose buyers of its offset credits include the Swedish Energy Agency, led to forced evictions and food scarcity for thousands of people in Uganda. One could only imagine how many more of these cases will arise in the future, now that COP26 has given the green light to a global carbon market.

Far from being a “win-win-win-win” scenario—for the environment, for the local communities where the offset projects are based, for the carbon capture companies, and for the polluting companies—that proponents of carbon offsetting have proclaimed, the only winners at COP26 are the last two.

Let’s tell it like it is. Carbon offsetting in its current form is not just green-washing; it is another form of colonialism—but in green.

Food waste: are you throwing your money in the bin?

Shell's 'Carbon Capture' Plant Emitting As Much Pollution As 1.2 Million Cars Each Year

The Ocean Will Soon Have More Plastics Than Fish

World's plastic pollution threat is a 'planetary emergency' equal to climate change and a global treaty will be needed to fight the crisis, damning report warns

The majority of the world promised to end deforestation. But businesses are standing in the way.